What to see in Belgrade 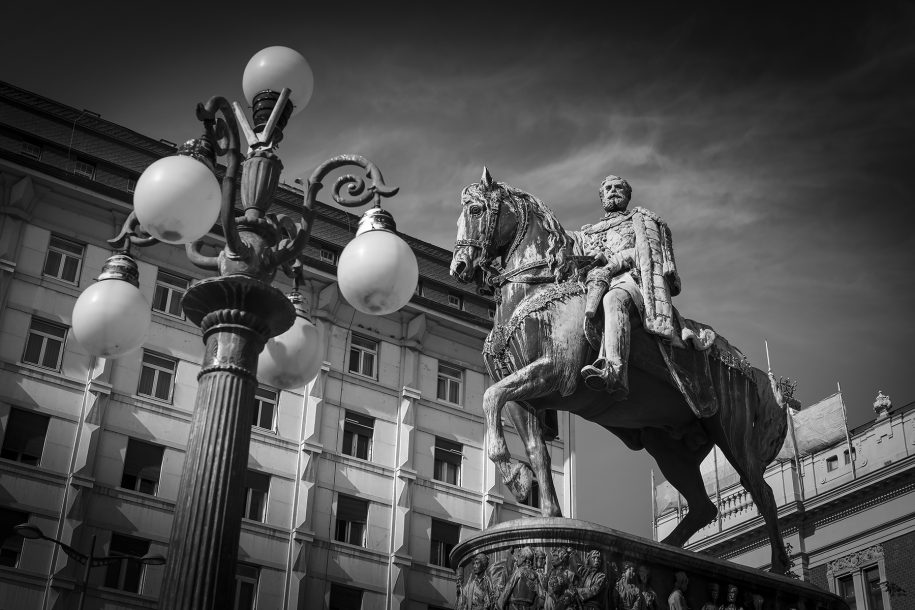 If you are wondering what to see in Belgrade, look no further. Whether you are coming to Belgrade for work, vacation, or fun, keep in mind that there are many exciting things to see and places to visit in Belgrade.

We created a list of parks and forests, beautiful places near rivers Danube and Sava, architectural buildings, and museums worth visiting. So get ready and start exploring these fabulous places.

What to see in Belgrade – parks, forests, and the famous fortress

The complex houses the Museum of Natural History and the Military Museum, then the “Cvijeta Zuzorić” Art Pavilion and the Zoo. There is also the church Ruzica, the oldest church in Belgrade.

You can also visit the Roman Well, one of six underground facilities open to visitors. It is a cultural monument of great importance. However, it’s unrelated to the Romans, and it’s not even a well. Namely, it was built in the 18th century to supply water to the Austrian army as a cistern, because there were no sources in the area. It is 51 meters deep, and interestingly, its bottom is at a lower level than the bottom of the Sava River. You can visit it every day from 11 am to 7 pm.

The Military Museum with heavy weapons on display is in the Upper City of the fort. Here, you can see cannons from different epochs, then tanks from WWII, as well as naval artillery weapons, torpedo launchers, etc.

At the very walls of the fortress, located above the mouth of the Sava River into the Danube, is the monument Pobednik. It is one of the most famous symbols of Belgrade. If you ask the locals what to see in Belgrade, most of them will tell you – Kalemegdan and the Pobednik monument.

Topcider is now a park with well-maintained trails, lush vegetation, streams, and lakes. It houses the Konak of Prince Milos, the Church Konak and the Topcider Church, the Zetelica sculpture, and the monument to Archibald Rice.

Today, Kosutnjak is a park forest and a popular picnic area in Belgrade. There are two unique complexes that make Kosutnjak: Pioneer City and Film City. There is a large number of sports fields, several swimming pools, and even ski slopes within the Kosutnjak Sports and Recreation Center.

Kosutnjak also has a 1200-meter-long trim trail with exercise equipment and the Hajduk spring. The Kosutnjak Forest itself is protected as a natural monument.

There is an Astronomical Observatory here, as well as the Mihajlo Pupin Institute, and the Zvezdara Science and Technology Park.

It has a large glass garden and the Institute of Botany, with a valuable herbarium. It is located on the territory of Stari Grad Municipality, in the center of Belgrade.

Today, it also houses the Japanese Garden, with a collection of Far Eastern flora.

However, in the place of its ruins, the Monument to the Unknown Hero was built. It’s a mausoleum that is the work of the famous sculptor Ivan Mestrovic.

The Avala’s trademark is the Avala Tower. You can visit the restaurant at 119 meters or enjoy the fantastic view from the lookout located at 122 meters from the tower.

What to see in Belgrade – popular places by the rivers

More than 100 thousand visitors gather on the “Belgrade Sea” daily, to spend a day on the beach swimming or engaging in numerous sports activities. That is the largest and most beautiful picnic area in Belgrade. Ada Ciganlija also has many cafes, restaurants, and nightclubs.

If you ask young people what places they can visit in Belgrade, Ada Ciganlija will probably be their first choice.

There are many rafts on the Sava River. The children’s “Theater on the Sava” is here, and this is also the place where the “New Belgrade Summer” event is being held.

The first “neighbor” of Beton Hall is Savamala and Belgrade Waterfront. That is a project that consists of reinvigorating the area known as the Sava Amphitheatre.

Residential blocks, hotels, a shopping mall, bicycle paths, and other facilities are also a part of the project. It will give the right bank of the Sava a whole new look.

Further, the trail continues to the confluence of the Sava and Danube rivers and goes towards the Old fairground and the Sava’s bank.

Lido Beach is on its northern tip. It is a sandy beach that occupies a tiny part of the Great War Island. However, it’s quite popular. Every summer, city employees set up a pontoon bridge, so people can reach the beach from the Zemun Quay.

What to see in Belgrade – architectural decorations of the capital

Today, the Gardos Tower is a cultural and historical monument of particular importance, with a vantage point offering a magnificent view of the Danube, Zemun, and Belgrade with its surroundings.

What to see in Belgrade – a museum recommendation

It also includes the Museum of Vuk and Dositej, the Memorial Museum of Nadezda and Rastko Petrovic, as well as the Gallery of Frescoes. The most famous relic of the National Museum is Miroslav’s Gospel, dating back to the 12th century.

Nikola Tesla’s legacy is entered in UNESCO’s register “Remembering the World”. Visit the museum and get to know the world of electricity and magnetism better. If you are still thinking about what places to visit in Belgrade, we strongly recommend the Nikola Tesla Museum.

This building once housed the First Belgrade Grammar School, then the Museum of Contemporary Art, and even a part of the Patriarchate. Today, the Residence of Princess Ljubica is a part of the Belgrade City Museum, with a permanent exhibition, called The Interiors of 19th-Century Homes in Belgrade.

What to see in Belgrade – Religious sites with a rich history

The cathedral church is also known for its lavish wood-carved iconostasis. St. Mark’s Church was built just before World War II, in Tasmajdan. The aim was to resemble the Gracanica Monastery, and it has room for about two thousand people.

It is known for its large mosaic of the Virgin Mary and the fact that it contains a sarcophagus with the remains of Car Dusan. The last King of the Obrenovic dynasty – Aleksander Obrenovic – is buried in the crypt of St. Mark’s Church.

What to see in Belgrade – Knez Mihailova, Skadarlija, and floating river clubs

Republic Square is Belgrade’s main city square. It is known for its monument to Knez Mihailo, the favorite meeting point of many locals. The square also houses the National Museum, and the Central Military Club, while the National Theater is just across the street.

Many visitors to Belgrade come here to enjoy the gastronomic offer of cafes and restaurants, as well as live music. During the summer season, it’s nice to take a stroll and enjoy the gardens of the restaurant, like the one restaurant Sesir moj has.

The perfect place to visit in Belgrade during spring or summer.

Visiting some of these clubs has become a must. Among them is the Freestyler on the Sava Quay, the Shake ‘n’ Shake at the confluence of the Sava and Danube rivers on the New Belgrade side, or the floating river club called River.

Kalenic Marketplace is in the center of Vracar and it is the largest market in Belgrade. It was built almost a hundred years ago on the land of the wealthy merchant and benefactor Vlajko Kalenic, by who it was named. The Kalenic Market has a diverse offer: butchers, bakeries, fish markets, flower shops, fruit and vegetable shops, clothing stores, etc. Kalenic and Skadarlija markets are also where the popular Belgrade night market takes place. Zeleni venac marketplace is next to the transportation stop of many buses.

It houses a market that has been declared a cultural monument of special importance. The market at Zeleni venac is one of the most modern markets in the region. Besides the space for selling fruits and vegetables, there is a dairy hall, other stores, as well as a public garage. Next to the former Cvetkova tavern, a market was built.

Despite its official name ‘Green Market Zvezdara’, the locals call it – the Cvetkova Market. It is known for its excellent offer of cheeses, quality wines, and brandy. One of Belgrade’s oldest marketplaces is Djeram Market. It is not among the largest but it’s one of the most beautiful ones.

What to see in Belgrade – theatres, fairs, sporting events
Also, you can plan your arrival in Belgrade through events at the National Theater or through one of the many fairs organized at the Belgrade Fair. You can rent an apartment for a day, a couple of days, or even months if you are planning a longer stay in the Serbian capital. Basco agency offers a large number of charming and functional apartments, of different sizes.

This is just one part of all the places you can visit in Belgrade. You can also visit various sports events, such as basketball games held at the Aleksandar Nikolic Hall (formerly the Pionir Hall) or the Stark Arena, or football games at the Red Star and Partizan stadiums.